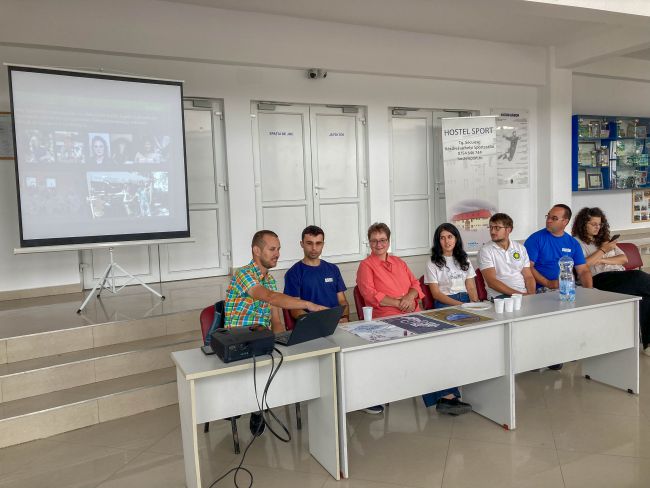 The Green Sun Association held a press conference on Monday (August 22) about evaluating the Heal the earth, reloaded edition project. The project's main goal, which lasted more than a year and a half, was to create a behavior pattern related to the environment between people and society as a whole. At the same time, to promote the idea that economic, social, and ecological phenomens are dependent on each other, there should not be a relationship of subordination, but of subordination between them. The secondary goal of the project was to make the consumer society aware of the consequences of their lifestyle and to see clearly how they can live an environmental friendly lifestyle. Photos taken at the briefing can be viewed on the association's Facebook page.

This was the ninth such project in the city and 5 foreign volunteers (1 Georgian, 1 Turkish, and 3 Armenians) performed their voluntary service with the support of the European Solidarity Corps. Association’s president Attila Ráduly, with Ákos Balogh, and Emese Kis, mentors of the ESC volunteers, summarized the results of the past year. The president also reported that in this project as well, many partner organizations (for example the Kézdivásárhely Sports Office, the Kendu Association, the Kézdivásárhely Women's Association, the Kovászna County Waste Management Association) and educational institutions (Bod Péter Tanitóképző, ellementary schools from Kézdivásárhely like the  Molnár Józsiás,  Turóczi Mózes, Petőfi Sándor) worked together, among them one of the most efficient and effective cooperation was with Zoltán Kocsis, the head of the Sports Office. The Green Sun volunteers also helped in the activities of the table tennis school operating in the sports hall, so the children could also learn English while playing sports. As usual, the volunteers paid special attention to the promotion of the opportunities offered by the European Solidarity Corps (ESC). At the same time, the project included the organization of traditional events organized by the Green Sun Association, as well as the organization of national evenings, moving afternoons, and various conversation clubs.

"We believe that, just like in the past years, we left behind another successful period, the Armenian volunteers Davit Mamulyan, Nane Sahakyan, and Lilit Araqelyan were enriched with new knowledge, which can only be an advantage in the future. We learned languages, organized events that moved hundreds of people in different areas of the county, and last but not least, we have created many new partnerships with various institutions." - assessed the project coordinator. Kis Emese, the mentor, formulated the following thoughts: "I was happy to undertake the mentorship during the one-year stay of the Armenian volunteer Lilit Araqelyan. During our joint programs, most of the time, her two companions Davit Mamulyan and Nane Sahakyan were with us, so I could also learn a lot about Armenian culture, traditions, and, last but not least, the beauty of Armenia. In the past year, during our joint trips, they got to know the local historical and cultural values ​​of Székelyland, so we visited castles, museums, and natural reservations, but we also participated in the lighting of the guard fire in Kaszon on Székely Freedom Day, which was a great experience for all of us. Furthermore, during the semester, the girls were happy to take part in felting and honey scone-making craft sessions. In addition, we eased the difficulties of staying here with evening talks, where we could discuss any problems that might arise. So, we can know a meaningful year behind us where the mentored and the mentor could mutually learn a lot from each other."

At the end of the briefing, Attila Ráduly also revealed that new foreign volunteers will arrive in Kézdivásárhely in autumn, and will help the Green Sun Association's daily activities for a year. 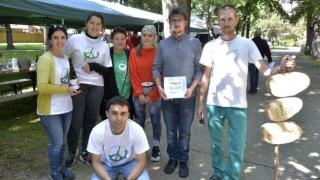 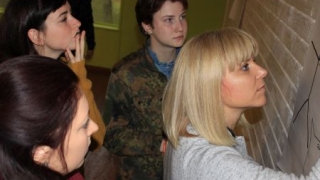