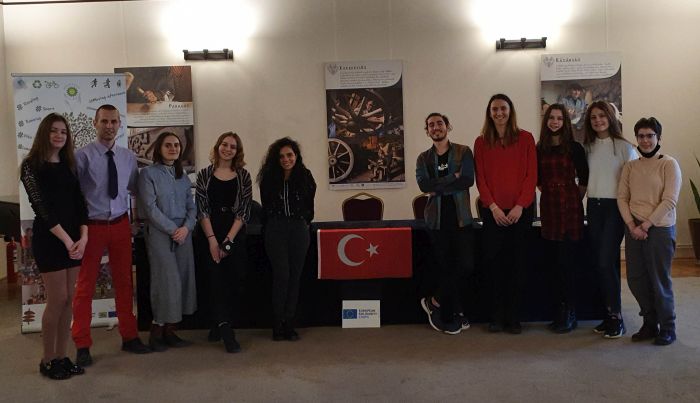 Green Sun Association organized the Turkish National Event On 2nd of March 2021. It took place at Vigadó Cultural House. The aim of the Turkish National Event was to give informations about Turkey. The event was held in English. Translation was provided from English to Hungarian by Paula Lénárt. Photos taken during the event are available on the Facebook page of the association.

Fifty audiences participated the Turkish National Event under Vigadó Cultural House’s  host. It was started with presentation. Audiences got information about Turkish culture,history,economy ,heritages etc.The presentation were followed by halay Turkish traditional dance. After the dance Halis Özcan, Turkish volunteer, read a poem “Cebeci İstasyonu ve Sen” written by Yavuz Bülent Bakiler. The Turkish National Event were finished by a small quiz. The quiz was made up of 5 questions about the presentation. Among the audiences who got the highest score got awarded by Green Sun Association. According to Eva Balogh  “In my opinion it was very good  structured. I liked that both of  Ayten Kurnaz and Halis Özcan the way they were speaking nicely about their country. The most interesting part in the presentation for me was about the stereotypes of Turkish people and Turkish customs in general. I think, giving informations about stereotypes of their country is very important. Because usually people who don't read and don't look at the documentary movies believe in such kind of stereotypes. It was a good chance for them and their country to light those up in many things. For example Turkish people don't have arabic origins and unfortunately most of those think Turks are Arab. And a big  red mark I gave for the quiz which was at the last part of the event. Everybody was so excited and really involved. What is wished to talk more about it, it was the history and a wonderful architectures of the country. In this way I am very subjective, because I love so much Turkey as if I lived in Turkey in my past life! Thank you for this nice moments.’’ and David Speight “The presentation was very interesting, I learnt loads of things that I didn't know about Turkey before. And the presentation reminded me that there is so much we don’t know about other people's culture and countries… and that the best people to introduce us to another culture are the people from that culture. “

In addition according to Salome Pirtskhelava “I would like to say that the Turkish National Event was one of the most memorable event in my life. No matter to the fact that I know Turkish culture well, I still got very useful informations from representatives. The dance which I was participating was one of the most interesting parts for me and I should admit that the quiz which was very interactive and entertaining. In conclusion the event was very successful.  I wish to volunteers good luck. “ 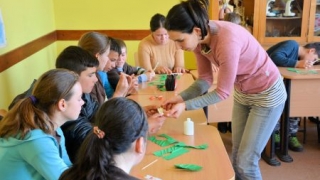