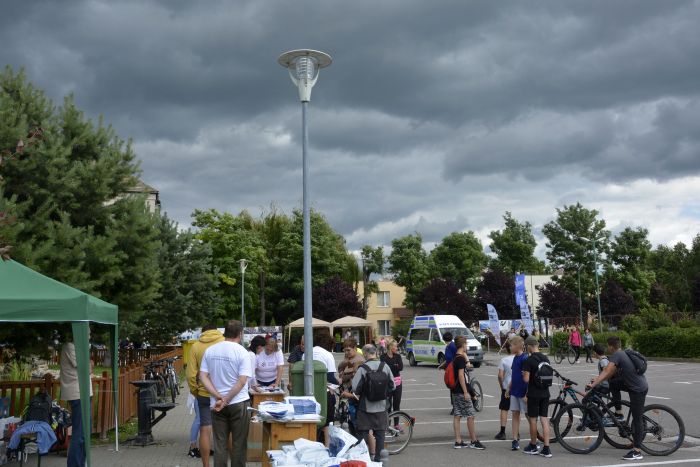 The Community Foundation Háromszék and the Green Sun Association together organized the 5th edition of "Bike for a good aim" community bicycle foundraising action in Târgu Secuiesc. The event was held on Friday afternoon, 12th of July with 859 participants, from which 379 children and 480 adults. Main sponsors were Zarah Moden Ltd. and New Fashion Llc. Photos can be seen on the Green Sun Association Facebook page.

One round was 4.2 kms in and around the town, and they costed 5 RON each, which was payed by the sponsors of the bikers, based on the previously judged performance-ability of them. The result was beyond expectations, almost 30.000 RON was collected (at this moment, 29.645). Local organizations also attended the foundraising, such as KSE Bike Section, Kendu Association, Crossfit and Functional Fitness, sponsored by the two trouser factories. Besides them, Nexxon Ltd., Secuiana Llc., Manna Association, Senso Ltd. and the Târgu Secuiesc Rotary Club also joined in the foundraising with many participants.

Every attendant received a T-shirt, a map, a sticker collecting card, water and sweets, they had the possibility to collect the rounds for 3 hours. The Woman Association of Târgu Secuiesc and the Secuiesc Bakery baked homemade cakes, Secuiesc Restaurant made sandwiches for the bikers, and the first-aid was assured by the Salvatore Association.

The money collected will be used to build a playground for the special kindergarden, and to build a smart bench somewhere in the city, where tourists and local residents can charge their phones, or other electronic devices. 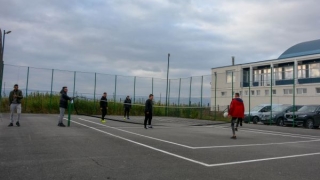