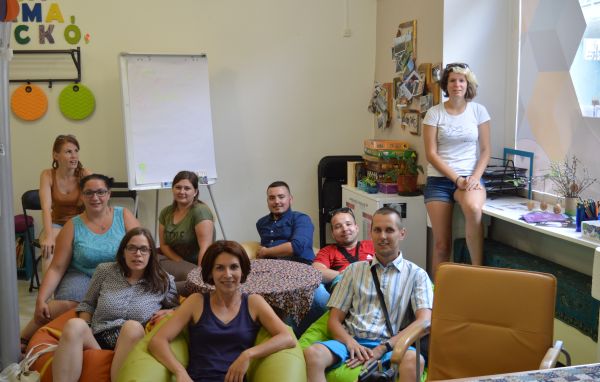 The conference "EFOP-5.2.2 Transnational Co-operation", organized by the Egri Norma Foundation, took place in Eger, Hungary in the period 18-19 June. The conference was attended by four organizations from different countries, who will work together to meet the objectives of the project. The main theme of the conference is to prevent the emigration of young people, to identify the real reasons why they opt for emigration, and to develop different strategies to stop the phenomena mentioned above. The photos during the conference are available on the Green Sun Facebook page.

On the first day, the representatives of the four organizations met: the Egri Norma Foundation from Hungary, the Green Sun Association from Romania, II. Rákóczi Ferenc Kárpátaljai Magyar Főiskola Hallgatói Önkormányzata from Ukraine and Luminosus N.O from Slovakia, who had the opportunity to discuss and exploit the field of the project. During the workshops, both pros and cons of the main theme of the project emerged. We were able to hear various reasons that presented novelty and even some were unbelievable for many of the participants. Concluding at the end of the day, among the reasons for emigration, we can recall young people's insecurity, lack of vision of the future. Without generalizing, we can say that many young people have unrealistic expectations and are demoted in finding a job. Nor can we exclude the income gap in more developed countries. As a solution at the outset, we could recommend to young people the possibilities offered by various EU programs, or instead of long-term emigration, to choose short-term work abroad, on which to base the financial situation.

Each participating organization must also have the goal of preventing massive emigration, as well as the development of strategies to bring the young people back to their countries of origin. The next day began with the presentation of each organization, an occasion where we managed to get deeper into the life of each organization, their goals, their mission. Afterwards, in the next workshop called the construction of the international network, we have called and recommended the involvement of other international organizations, which could contribute to the achievement of the project objectives. At the end of the conference we identified the areas where our partners have deficiencies and could be developed. Among the most common problems are the lack of infrastructure and the lack of qualified people in different fields. The Green Sun Association was represented by Ráduly Attila, Derzsi Katalin, Beck Orsolya and Farkas Barna, who also had a visit to the Egri Új Nemzedék Community Area, where they had the opportunity to get to know the activities organized for young people in the town of Eger.

The project EFOP-5.2.2 - Transnational Co-operation is co-funded through the European Commission's Széchenyi 2020 Program. 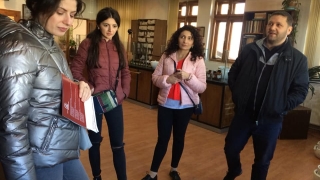