At 25th of june another oil gathering action took place at Kézdivásárhely. The inhabitants despite of the continuous rain gathered 47 litres of used grease at the two collecting stations. Inhabitants had the opportunity to pass oil at two stations at a time in Kézdivásárhely. Beside the oil, batteries, paper, CD`s, DVD`s were also collected. A single drop of household grease can pollute up to 1000 litres of living water. In turn every household generates baking oil remains. In addition 5 boxes of paper and a small bag of batteries were collected. This was the 10th time Green Sun Association organized oil gathering day in the county. Similarly in 6 other cities took place such an action, organised by civil associations, in cities like: Sepsiszentgyörgy, Gyergyószentmiklós, Székelyudvarhely, Székelykeresztúr, Barót and Csíkszereda. Upcoming oil gathering day in the autumn. 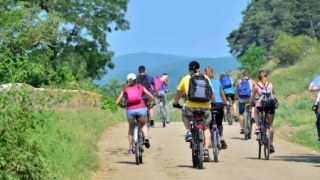