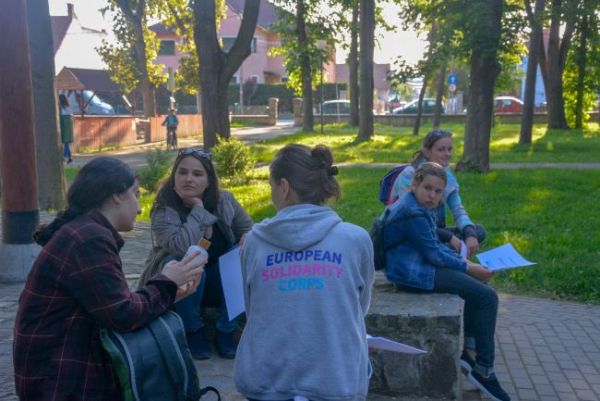 The volunteers of Environment+ project from Green Sun Association Salome Pirtskhelava and Mariam Sargsyan organized a new  Russian club. The lessons were taken once a week during 4 months. This time the main subject of the Russian club was not the language alone but rather the connection of language and culture. Photos from the event can be viewed on the association's Facebook page.

The lessons started from the basics of Russian, as the participants had different levels of knowledge of the language. Then, during the following lessons the participants were given the opportunity to learn more about the culture, history, traditions, travel destinations, cuisine, festivals and many other interesting topics via non- formal methods, such as dialogs, listening to songs, watching stand up shows, short cartoons, solving crosswords and many other little things.

The classes started in November and continued until March. Overall there were 9 active participants in the activity. At the end of the Russian club all the participants received a diploma for participation.