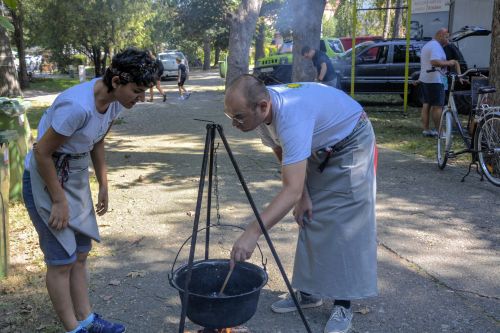 On the last day of summer, 31 August, Kézdivásárhely said good bye to the summer and met to the Autumn in the same time. The Green Sun Association also was a participation and introduced dishes from the Caucasus region, a Turkish, an Armenian and a Georgian ones. The main idea of the festival was to create decoration for the tent and table and make a delicious food from potatoes.  Photos taken during the event can be seen on the Green Sun Association's Facebook page.

For that reason, members of Green Sun Association showed their national, handmade flags and a menu where was an introduction for all dishes in the three language, in Turkish, in an Armenian and in Georgian with their own language. Menu for the festival was created from the whole staff and the starter was “potato balls” with broccoli, main food was named “turulu” and was made from potato, eggplants, tomato, zucchini, garlic, onion and spices. And the most important part, a desert, titled as “patates tatlisi”, was containing cinnamon and hazel nuts in a middle, with potato, which gave a special taste to the dish.
Period of cooking was full of energy and all members were enthusiastic to serve the jury traditionally, to show them a Caucasus soul. At the End of the festival green sun association took a prize for creativity. 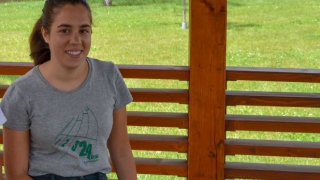