Green Sun Association from the very first years of his existence has organized several photo contests. In the autumn of this year was organized the 8th edition of the photo competition with the theme of man in nature. On November 19 of 2014 in the city Kézdivásárhely in the Sinkovits stadium was opened the exhibition, composed from the best pictures evaluated by the 4 members of the jury. Photos of the official opening of the exhibition are available on the association's Facebook page!

In the first part of the official opening Ráduly Attila the president of association talked about the contest rules and before the announcment of the winners Zoltán Kocsis welcomed the participants from his role as a host. Mr. Lajos Nagy president of the jury analized the sended photographs and offered advice for participants in future competitions. The quality of the event was raised by Ms. Klára Kamilla who sang songs and by Mike Kinga and Agnes Csudor who read a story about the project theme. The purpose of the contest was to emphasize the close relationship between the man and nature and to preserve its value. Also we waited photographs showing moments of family trips or those between friends, which emphasize the beauty of the landscape and the joy of discovery. On the competition came many interesting photos, and innovative ones. The jury consists of Lajos Nagy, Gábor Bede, Kelemen Gábor and Vetro András chose 40 photographs that are exhibited, and from this ones selected also the winners. Thanks to those 77 participants amateurs or not that contributed to the success of the contest by sending a total of 226 photos. The competition was visible and could be followed throughout the project on the website of the association www.zoldnap.info and facebook page . At the moment there are exposed 40 photos from 31 competitors, and the exhibition can be visited until the middle of December. List of winners: First prize: Bereczki Barna - (Targu Secuiesc) Second Prize. : Lakatos Loránt Adonis- (Targu Secuiesc) Third Prize .: Kuti Zoltán Hermann - (Miercurea Ciuc) Certificate of particular Merit: Bartos József - (Targu Secuiesc) Veres Izolda (Vlahita) Certificate of Merit: Szentes László - Waiting (Miercurea Ciuc), Mátyás Bea - Spotlight (Targu Mures), Turcza Hunor (Miercurea Ciuc) Magdo István (Szecsele). Congratulations to all participants! From the winning creations the asoociation will make a calendar for the year 2015. The exhibition would not have been achieved without the support received from Covasna County Council, Niko Ltd, Erasmus + and our media partners. Thank you for your support !. Greens from Kézdivásárhely invite every passionate photographers to a new adventure next year. Follow the association website regularly to find updates from the association. 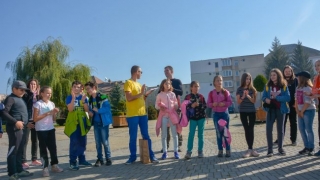 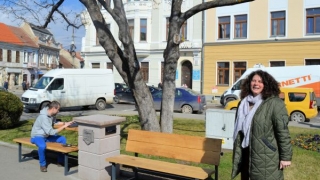 The city of the guild enriched itself with a smart bank