Photo Exhibition has been opened for guests!

On 7 October was held the opening ceremony for photo exhibition "Child in the Nature" at the Anselmo Inn hotel, in Oituz. This was the 6th photo exhibition organized by Green Sun Association. Photos taken at this event can be viewed on the Facebook page of the association.

The event was opened by Association president Ráduly Attila who presented the pictures with details about whole competition process started from 20 July 2012 and introduced guests. Ceremony was closed with a poem recited by Association member György Andrea. Organization received 192 photos for the competition. From those photos the best 40 were choosen by the four jury members: Bede Gábor, Nagy Lajos, Kelemen Gábor and Vetró András and now can be seen till 21 October 2012 at the Anselmo Inn hotel, in Ojtoz. The best 40 works can be viewed on the following link. At 29 October will be photo excibition opening at cultural house Vigadó, Kézdivásárhely (Târgu Secuiesc). Sponsors: Council of Covasna County and Niko srl. 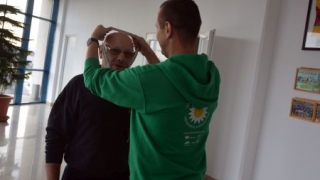 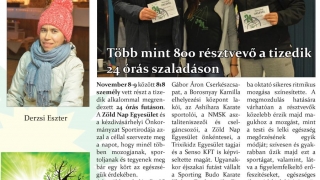