The health and family week 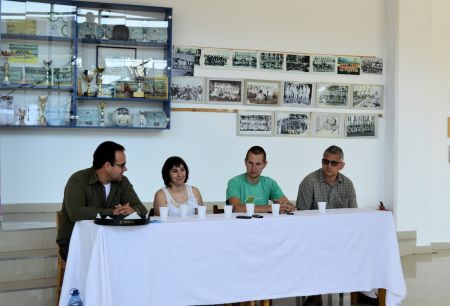 Health and Family Week organizers on Monday in a press conference positively assessed the range of events, noting that despite the weather that could be more favorable, they could do most of the events proposed at the start of the program. The photos from the conference are available on the association's facebook page.

Kocsis Zoltán, the director of the Sports Office as an organizer, said this year for the fifth consecutive year they  managed to organize Family and Health Week with fewer programs than in previous years but with much enthusiasm. The program began with family Sunday in the Reformed Church in Ruseni, where Szőcs Csaba and Zsuzsa talked about health as it is described in the Holy Bible, as well as what the God teaches us about it, the speech being listened to by approx. 60 people. The organizers also held a contest with the theme "Our treasure is health" and the award ceremony took place at Catalina in a family ambience in the Rebeka Mission Center. The drawings were evaluated by Mr. Vetró András.

The Green Sun Association was the partner of the event as in previous years too, Ráduly Attila saying they took part in organizing four programs. The table tennis championship has enjoyed success, and it has proven to be a family event. Family Running Day was not in line with expectations because only 8 families took part in rainy weather (four times more in previous years). On Friday, already 62 people were registered at the critical mass and Sunday bicycle tour on the Nemere Trail was attended by 33 cyclists who peded 58 km on the Targu Secuiesc - Perkő - Casinu Mic - Petriceni - Turia - Alungeni - Icafalau - Cernat - Targu Secuiesc route. Several groups of friends took part in the foot tennis championship as Lénárt Adolf specified and the basketball championship was also very good in the presence of ten families but also those people could take part who did not form groups but were presented individually. In the absence of the participants there was not held th interactive presentation about food additives, but the event will be held on a later date.

Organizers thank partners and sponsors Lénárt Optic, Kertész Optic, French Bakery, Senso Srl, Mi-Tu-Ház Srl, Kerekes PFA, Székely Restaurant, and they  promise that next year they will return with Family and Health Week because ther is a need of  rganizing events of this kind. 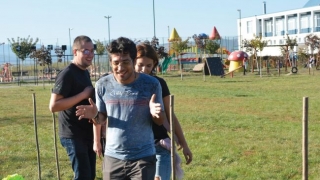