„Give me solider, king!” for the 6th time

There will be organized at Háromszék the national level contest called “Give me solider, king!”. The event enjoys great success, it will take place at multiple locations: Csernáton, Nagybacon, Nagyborosnyó, Kovászna, Kézdivásárhely (in three educational institutions) and Sepsiszentgyörgy (in two educational institutions). The events will be conducted by the Green Sun Association, on the 3rd of February from 4 PM in the Túróczi Mózes primary school of Kézdivásárhely, and on the 17th of February in Bartha Károly elementary school of Nagyborosnyó. The aim of the Give me solider, king! competiton, initiated by the Hungarian Youth Council, organized for the 6th time, is to convey the family-centered phylosophy and to emphasize the children’s role from the family’s and society’s point of view. Through the competition we can convey the family-centered phylosophy and we can emphasize the children’s role from the family’s and society’s ponint of view. The competiton’s target group are pupils from 4th to 8th grade. The mentioned age group (10-15) forms the layer which is on the threashold of adolescece, their approach of life and world view still can be shaped, fomed. The venue of the local-stage competitons organized for the target groups, will be this year 52 settlements of Transylvania. The regional tournaments will take place during January and February 2012. The trials will test the candidates in a great variety of themes and genres. Until the deadline, in each settlement the regional organizers counted oversubscribe for the competition. 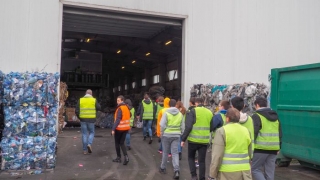