On the third weekend of July the second river-cleaning action was organised in Kézdi region by Green Sun Association, Covasna County Council, and of Kézdivásárhely Council. Photos taken in this weekend can be seen here .

The aim of the activists was to clean a 10 km distance (the Nyújtód – Szentkatolna part of the river). The three day long river-cleaning action was a succes, despite the fact, that many partners did`n show up. The project was proposed to take action two weeks earlier, but because of the continous rain, in concilation with the partners the programwas postponed. You can`t clean a watercourse when it`s full of mud and sludge. In this weekend more than two tractor-trailer rubbish was collected from the riwer and it`s watercourse. Participants found a bed, a stove, and many tires, which really tested their force: some of them was bottomed, full with sludge and sand, and hard to dig out from the water. The most disguting things they found were: animal corpse packed in sack, used nappies. In the evenings film screening and Lármafa`s band word music performance took place. Every participant, at the end of the event got a „Tiszta Feketeügyet!" (Clean Feketeügy!) T-shirt and a warrant. 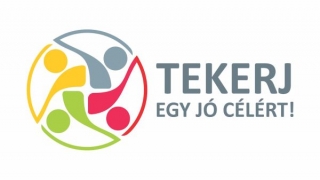