The past 4 of November was celebrated in the cultural house of Kézdivásárhely the Spanish National event by the hand of Green Sun Association and their Spanish volunteer Clara Bejarano Sánchez. It was a great opportunity to know more about their culture and having the opportunity to discover a new part of a country. Photos from the event can be viewed on the Facebook page of the association.

Around 71 persons assisted to the event and also different media partners of Kezdi were there to recorder the moment. The event started with a power point exposition of Spain, talking about the regions in Spain and Alicante, the population and the languages. So the people knew how many different languages are used in Spain and how many foreigner population they have. Also she talked about the different ancient cultures influencing Spain like the 750 years of invasion from the Arabs or the Celts in the north of the country. We had also the opportunity to learn about the typical parties and to discover and throw the typical Spanish topics. The exposition ended with two videos of typical parties: the risky “recortadores” jumping the bulls and the “Moros y Cristianos” party from Elda in commemoration of the fights between Arabs and Christians. Clara wanted to finish the event with a song and asked the people to help her to sing it. At the end of it the people had to eat “torrijas”, a typical Spanish food made with bread, milk, eggs, sugar and cinnamon. And they filled a paper with some questions about the event. One of the problems they noticed it was the sound of the presentation but in general it was a good experience. So don’t hesitate to come to the next national event about Austria at the end of November. And also at the end of the month will start the Spanish lessons so you all are invited to come! 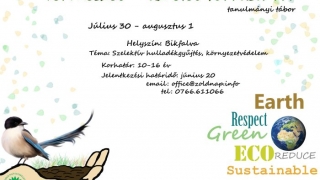