Taking advantage of the good weather last weekend we celebrated our city days. We started by dressing up traditional clothes and showing to the local people how was the fashion of last centuries. Hence, city days started with  cultural events meanwhile  the background sound check of the evening concerts started to sound in the big stage assembled during last days.

A colourful umbrella roof in the main street, a traditional market, some craft tents or a corner to play and listen different kinds of music, were turn this big event into some more wondrous. Thousands of people from adjacent villages and cities enjoyed breathing the good atmosphere during 3 intense days.

The second day began with the potato festival. Different organizations participated in it. The first step was to let ready the wood and right after, the competition took place. Every tent started to cook one starter, one main dish and one dessert, all of them with potatoes as protagonist. The main target of each team was to seduce the jury, who gave points according to some items, like setting the table in a beautiful way, or to be clean and to smile. Our team tried to give some Palinka to them in order to confuse the final decisions, but it didn't work. We finished in 7th place. Some of the dishes that the people could enjoy was, for instance; potatoes with pork meat, with fish or with chorizo, and some incredible desserts made of potatoe but imposible to realise the potato inside. It was a wonderful morning and afternoon in Molnar Joszias park with a good people showing their culinary skills.

During the evening and the night the city became a place of music and lights show.

The last day was the most expected, during the morning we enjoyed some traditional dances and we organized in the city centre one event for play some green table games and everybody who wanted to join us, received one paper for try to discover our city looking for some characteristic things in the shortest time possible.

The band Omega played during night and with a full square, people could listen and sing their classical songs.

Fireworks after the big concert denoted the end of this city days. 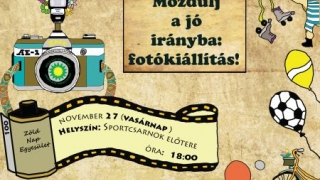 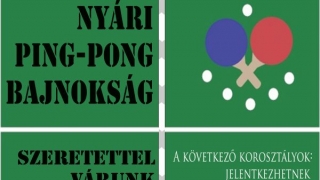