My name is Attila Balázs and I live in Zabola. In 2011 I joined to Green Sun Association as a volunteer, recently I am member of this organization.

I followed with big a attention the activities of the Green Sun Association, because I was in a good friendship with founder members during the university. I had to wait for the big meeting with this assocoation till August of this year. I partcipated as a volunteer in Nemere Trail which was organised in August. During this action I realized that it is very needful to volunteer in this kind of association, where the volunteers look out on environment and on resident population, I think about Nemere Trail, playground construction and tree planting action. I felt that I must belong somewhere where we can fight for an aim that interest all of us, like environmental protection, and where I can take part in the environmental education of the young age-group as well. It is not about only the altruistic work and invested time, because I learned a lot of new things, which I take in advantage. It feels good to belong somewhere where I can do something for the community. In addition, that I met with new people and new conceptions, the aim is to show that the environmental education is very important. In this spirit we organized the ’’Making Christmas decorations from reusable objects’’, it was craft activity in the first weekend of December; I was the coordinator of this activity. Hereby we showed that we can use creatively the generated waste. Our association’s aim, and my personal aim, is to point at that what can we do for a cleaner environment. Alone we can not achieve a big change, but if they are a number of persons we can achieve an appreciable change. That is why I encourage everybody. Who think that can change something in her/his environment have to join to the Green Sun Association! 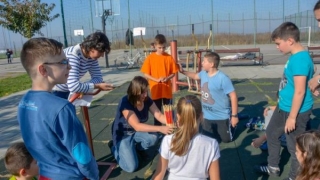 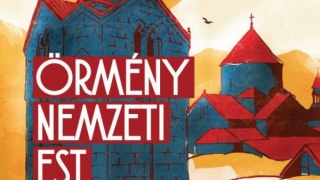